What’s so good about Hasselblad? (1 Viewer)

I’d like to hear some opinions about Hasselblad cameras.

I’ve never used a DSLR or mirrorless camera, and all my photos to date have been taken by digiscoping with an iPhone. I’m very far from rich, but I tend to avoid doing things by halves (because its often cheaper in the long run), and I’m hopelessly attracted to quality optics. Within six months of taking up birding I bought a Swarovski NL Pure, for instance.

A lot of folks seem pretty enamoured by the Canon R series at the moment, but are Hasselblad the 'alpha' camera in the opinion of those who can both afford them and afford to compare them with their competitors? Aside from the fact that Hasselblads look like little works of art, their reputation still seems very high. Not many people own them, but maybe there’s a reason for that that goes beyond price.

How do they stand in today’s market? What do users think of them?

Large sensors require large lenses. They just don't make lenses long enough for bird photography. Medium format cameras, in the digital and film world, are largely restricted to fashion, portraiture and art photography. Although they did send some to the moon.

I am not familiar with Hasselblad's current line. I owned a Hasselblad, used with film. The camera was well made, with interchangeable lenses and film magazines. The lenses were Zeiss and were superb, which I used for landscape photography. In black and white, I easily produced 40.5x50 cm prints.

Their digital backs were truly expensive, back then. 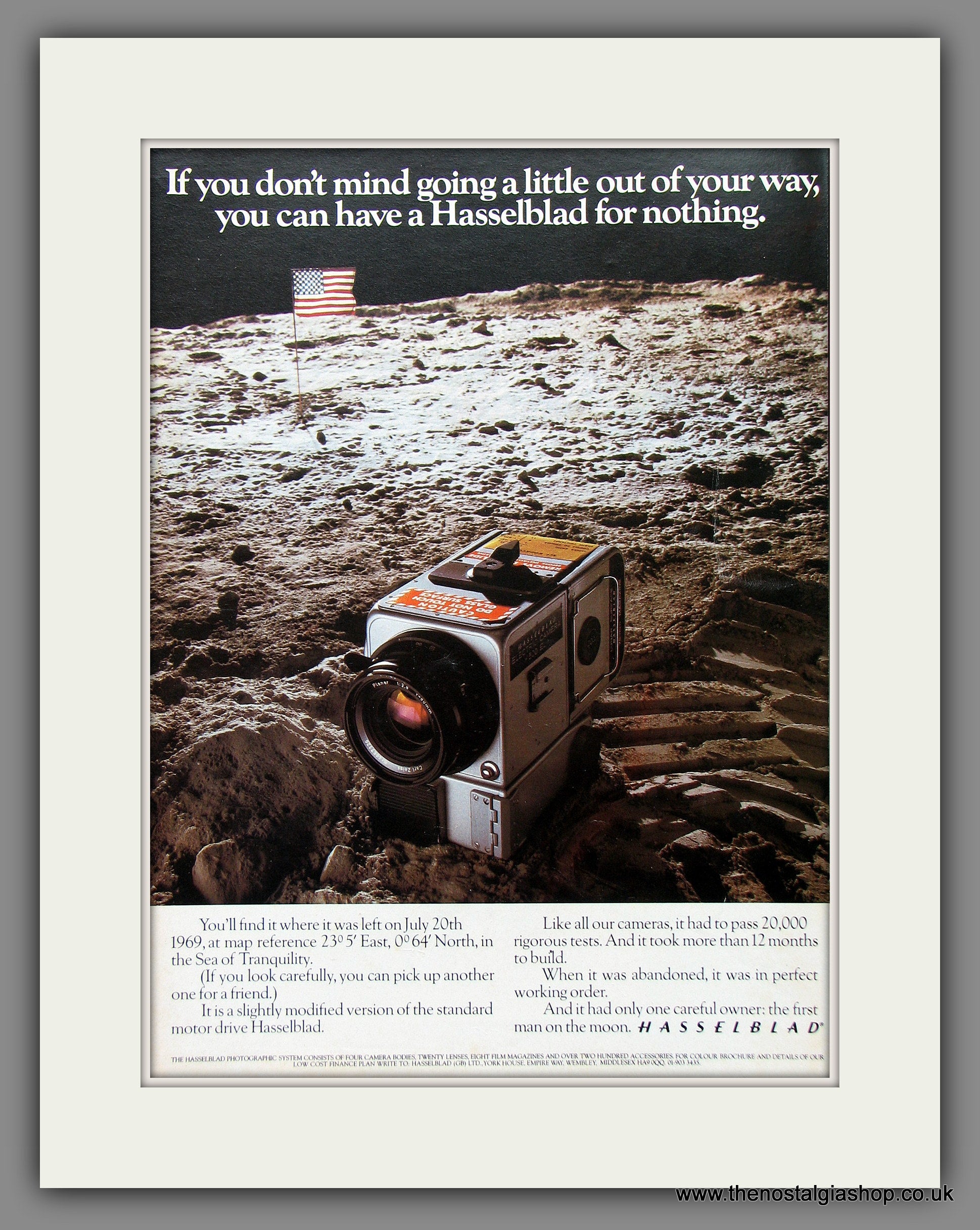 I seem to recall the hasselblad viewing screen setup is a bit special/different, which may contribute to the fame.

If going medium format, I'd try to get one with real viewfinder as opposed to digital viewfinder, seeing you appreciate good optics.

Thanks for pointing this out.

Since I would be interested to use a camera for bird photography, I comes as a bit of a relief to know that such an expensive piece of kit is not ideal for the job!

They're still very nice cameras, though. I appreciate their aesthetically pleasing design, compared to most other brands (in my opinion).

I've only handled a film version and they're beautifully machined, but lenses aside they weren't really designed for fast action.

Hasselblad had a motorized version, which could have been placed to record a nest's activity with a remote control. Victor Hasselblad enjoyed photographing birds.

Supporter
Hasselblad is now a subsidiary of DJI, the Chinese drone maker.
They had a difficult time transitioning from film to digital, because their concept was big film able to provide extraordinary images with spectacular detail.
Digital sensors however are tiny, even a full frame 35mm sensor is dwarfed by the 60x60mm image produced by the Hasselblad system. Because a Hasselblad sized sensor cost in the tens of thousands of dollars, Hasselblad struggled and was eventually rescued by DJI.
See Why did DJI acquire Hasselblad? Think Volvo

The big sensor concept central to Hasselblads designs is well suited for expansive scenery and crowds. For long distance shooting however, it requires correspondingly massive lenses. Apart from the expense, these are unwieldy, so not appealing to most birders.
Hasselblad is evolving its product line though, so eventually we may see some more compact designs that would have wider appeal.
Certainly DJI must be thinking about how their drones and Hasselblad's cameras could profitably be combined, but it has not yet happened afaik.

B
How good of an optic device is good enough ?

A
Questions about the abundance and behavior of weasels. Are there suburban weasels?