What happened to my house wrens? (1 Viewer)

Hi all! I'm new to the site. I'm prompted to post because I'm sad about my backyard birds.

I put up 2 homemade nest boxes in my backyard (one PVC design, one standard box with a flip up side). They are about 10 ft apart, and have been occupied by house wrens all season. I noticed a couple months ago the birds in the standard box seemed to abandon it and move to the PVC one, but still chase other birds away from the standard box that they don't seem to use anymore. They had it filled with a nest, but I didn't notice if they had any young.

Today, I could hear chirps from the PVC nestbox, so I checked it out and there are a few happy babies in there! So, I inspected the square box and was saddened to see there are 3 teeny dead babies in there, that look like they've been that way for a while.

It also looks as if one of the babies wriggled out of the nest and fell down one side and got stuck between the flip-up side of the house. If one baby died and was decomposing in there, would they leave the living ones behind? I know there are things about nature I cannot know, but I'd like to prevent this happening again, if possible. I already plan to modify that flip-up door, so it can't pop open on its own because the nest is growing so large.

I know we have violent house sparrows that have been after that box, but it has an opening too small for them to get into. The babies don't look ravaged, they just look like they starved or dehydrated.

Thanks for your input!

Hi BSchmuck and a warm welcome to you from all the Staff and Moderators.

It's difficult, at this distance, to know what happened I'm afraid. And I don't know how 'shy' your House Wrens are, some birds are pretty tolerant of people and think there's some safety in being near them. How close together are the two boxes?

Someone will no doubt be along before too long with some ideas, meanwhile I'm sure you will enjoy it here and I look forward to hearing your news.

You say the nest boxes are ten feet apart. General advice is that there should be at least a 25 feet distance between nest boxes.

Yes, the activity of building the playground could have caused the birds to abandon the nest.

It's not a good idea to look in the other box as that could cause the parents to abandon that nest.
J

Its difficult to say due to which wrens abandon the nest. Clean Wren house every before and after breading season that chicks accidentally don't wriggled out the nest. Here is post about wrens. 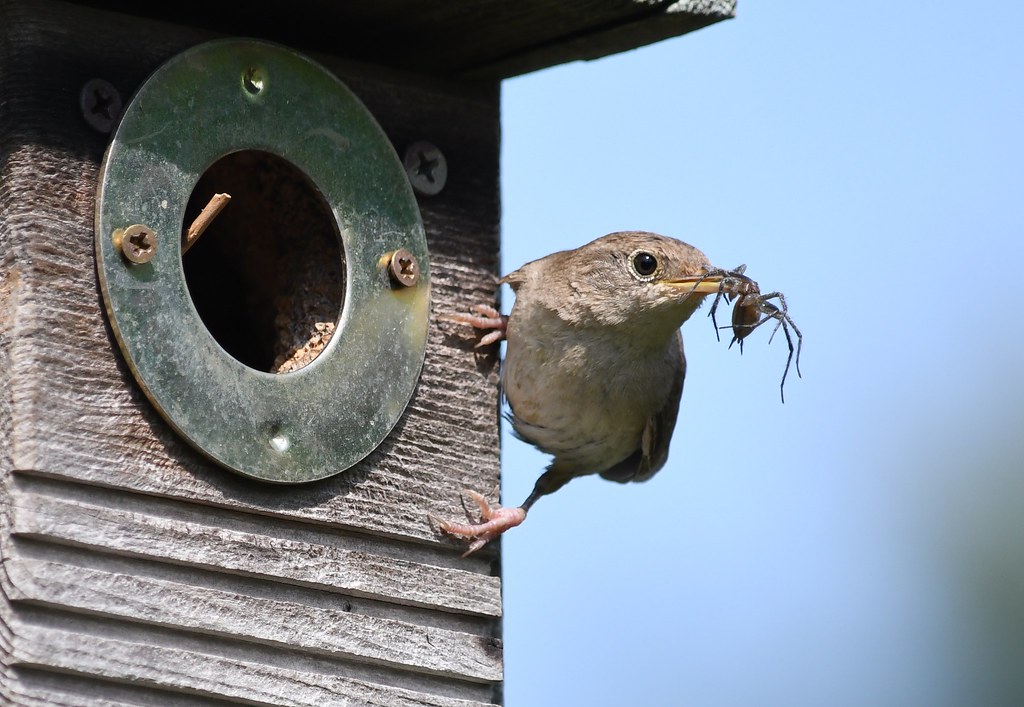 Best instructions on how to build and where to install wren birdhouse. Wrens not afraid people so install bird houses either on the terrace
birdhouseplan.com

May 26, 2022
BlueTitsAnd
B
P
Ideas for placement of a new nestbox