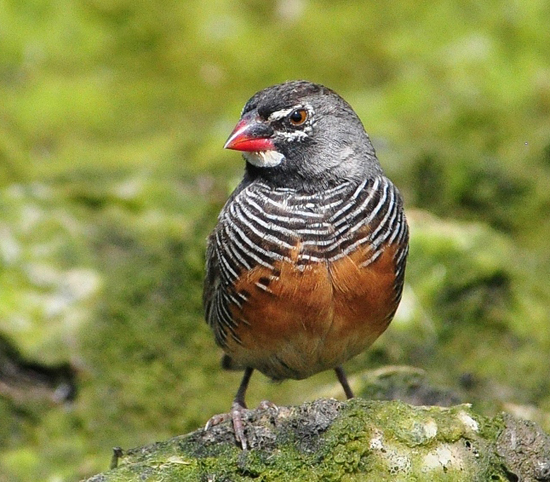 Females lack the facial mask and are duller. 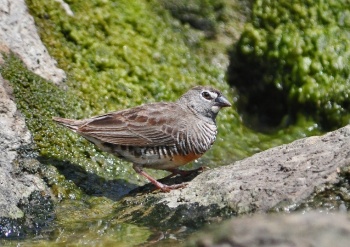 Juveniles similar to the female but have fainter barring and a darker bill.

Most of Africa south of Sahara; Senegal east to western Cameroon, southern Sudan to Angola and south to South Africa.

It was formerly considered conspecific with Black-faced Quailfinch.

This species has five subspecies[1]:

The diet includes small grass seeds and on occasional spiders or insects.

Search for photos of African Quailfinch in the gallery