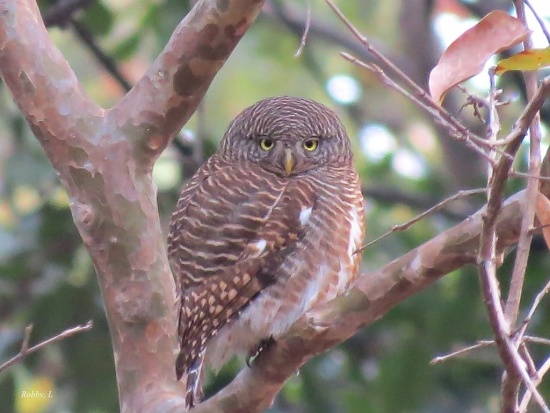 22-25 cm (8½-9¾ in).
As opposed to most Glaucidium owls, this species has no false eyes at the rear of the head.
Barred in brown and white both above and below, and has a white marking on the throat. Lower parts of underside broadly streaked in white and brown.
Tail dark with few whitish bars. Eyes lemon to yellow. 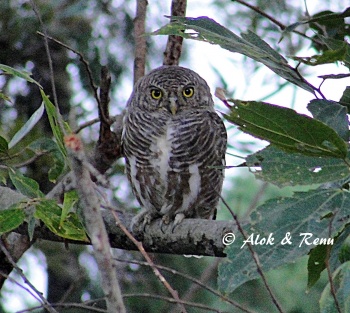 Compare with smaller Jungle Owlet which replaces this species in most of India and Sri Lanka, and with Collared Owlet which has spotted crown and false eyes on back of head.

Javan Owlet has been split from Asian Barred Owlet. 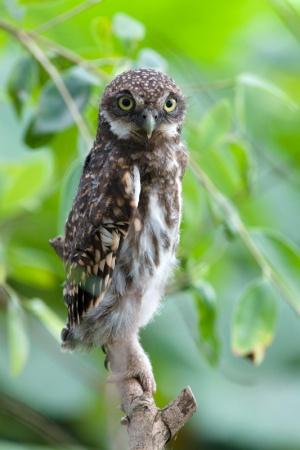 Forests mostly in foothills and mountains, but locally also in lowland rainforest.

Active during the day, most vocal in the morning. Flight is undulating.

They have a rather varied diet, consisting mostly of insects, including beetles, grasshoppers and cicadas. They will also eat rodents, frogs and lizards.

Search for photos of Asian Barred Owlet in the gallery

Search for videos of Asian Barred Owlet on BirdForum TV