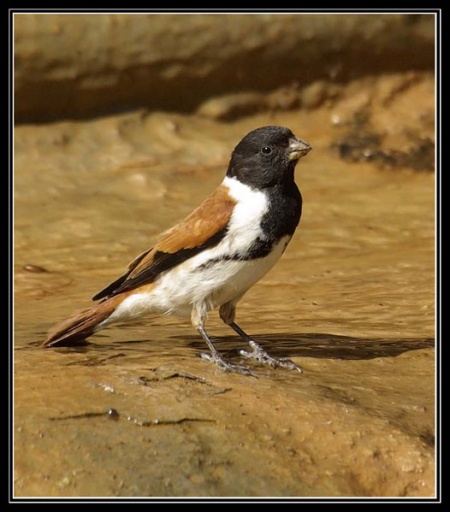 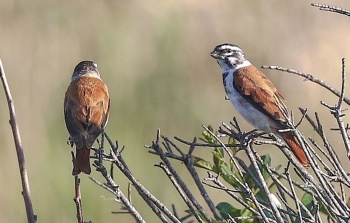 This species has two subspecies:1

Some authorities2,3 consider S. a. leucoleamus a separate species, the Damara Canary, Serinus leucolaemus.
This species was formerly placed in genus Alario by Clements.

Found in pairs or family groups when breeding; when not breeding, forms flocks of up to several hundered birds.

Forages on the ground and in shrubs, trees and grasses for seeds; also eats buds, petals, fruit and termites.

Probably monogamous and territorial. The nest is a cup built by the female using dry grass, twigs and bark and lined with plant down; placed within a metre of the ground in a shrub or small tree. Two to five eggs are laid; incubated for 13-14 days by the female.

Search for photos of Black-headed Canary in the gallery