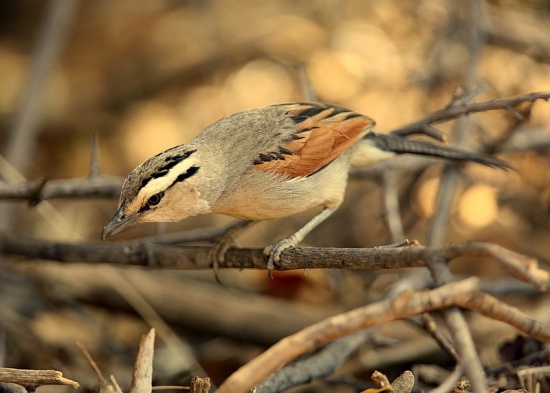 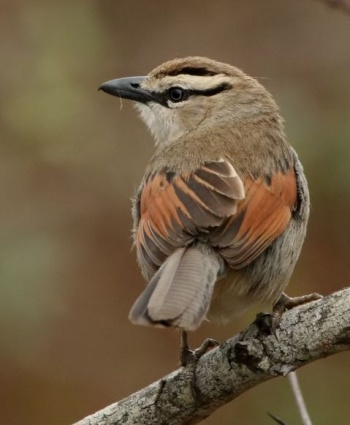 Africa south of the Sahara; widespread between about 8°N and about 30°S, although absent from the central Congo Basin and arid zones in the north-east and south-west.

Nine subspecies have been recognised, based on variation in the colour of the underparts and in size[1]: 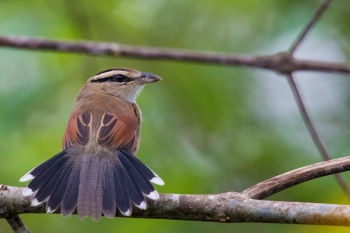 Their diet consists mostly of a variety of insects, such as grasshoppers, crickets, caterpillars and moths.

The nest is a shallow, thin-walled cup of stems, roots and fibres, bound with spider web; lined with fine rootlets; usually low down in mixed bush and tall grass, or up to 3 m above ground in fork of bush or tree. Clutch: 2-4 eggs laid September to March in southern Africa. Eggs: White or pinkish white, spotted and blotched with brown and grey concentrated at thick end. Incubation: About 14-16 days by both sexes, mostly by female. Nestling: 14-16 days; fed by both parents; young remain with parents for at least 5 months after leaving nest.

Search for photos of Brown-crowned Tchagra in the gallery