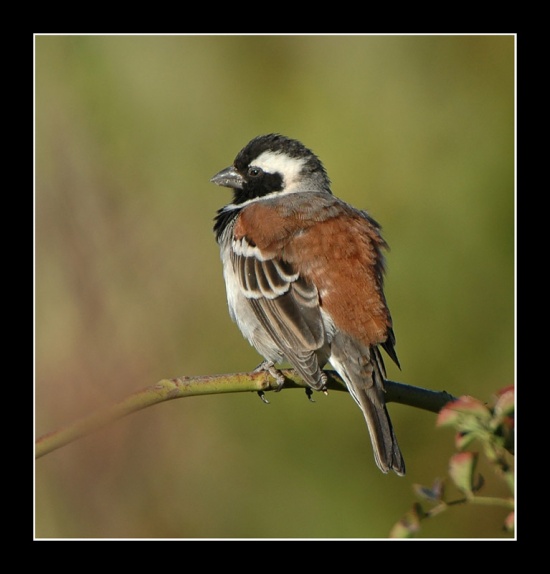 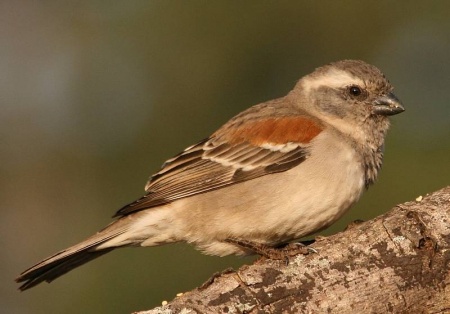 Adult male: Head black with broad white semicircles from behind eyes to side of throat. Nape and mantle greyish, merging into rufous or chestnut back and rump.

Adult female: Similar to the male, but with a grey and white head.

The Cape Sparrow lives in dry areas of southern Africa like the arid and semi-arid savanna, dry woodland along drainage lines and seasonal watercourses; also croplands, plantations and copses of alien trees, parks and gardens.

Diet: Forages mainly on the ground for seeds and insects, but also takes fruits, seeds and nectar directly from plants.

Reproduction: The Cape Sparrow nests singly, or in loose colonies (up to 100 pairs; up to 15 nests in one tree). The nest is an untidy mass of grass and other plant material with a tunnel entrance and is thickly lined with feathers or soft plant material. Laying usually August to March (2-6 eggs).

Search for photos of Cape Sparrow in the gallery