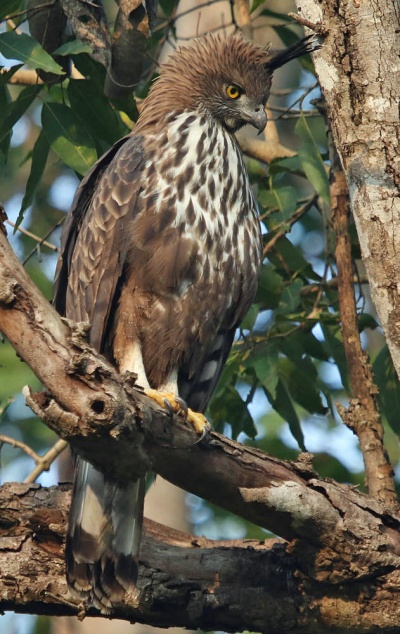 The name is due to the dual morph phases - a dark morph and a pale morph. 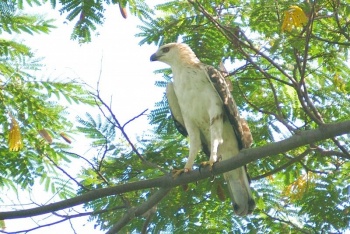 Southern Asia: occurs in India, Sri Lanka and the Andamans and Nepal east to Vietnam and south to the Malay Peninsula. Also occurs in the southern Philippines, Borneo, Sumatra and Java.

New studies place this species in the genus Nisaetus instead of Spizaetus.

Flores Hawk-Eagle was recently split from this species[1], [2]. 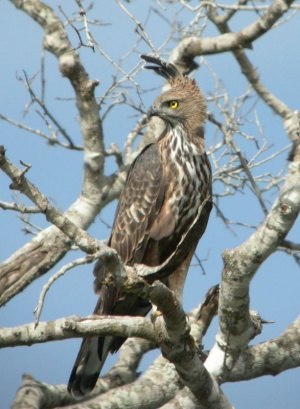 Deciduous and evergreen forests, gallery forests, open woodland and savanna from sea-level up to 3,300m, hunting over forest edge and clearings.

The stick nest isplaced in a tree. A single greyish-white egg is laid.

The diet includes mammals which include squirrels, hares and rats, small and large birds and reptiles such as lizards, frogs and snakes. 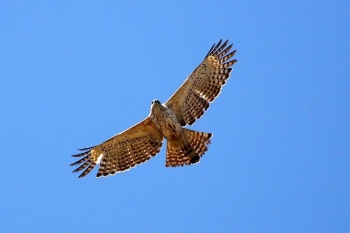 Search for photos of Changeable Hawk-Eagle in the gallery

Search for videos of Changeable Hawk-Eagle on BirdForum TV