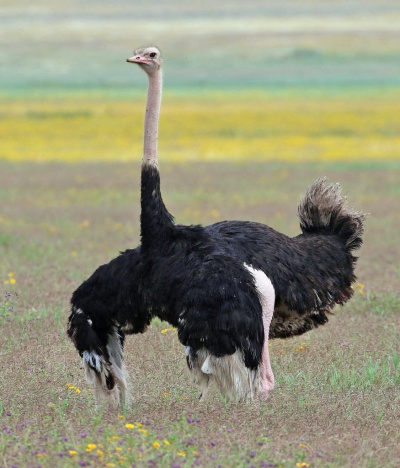 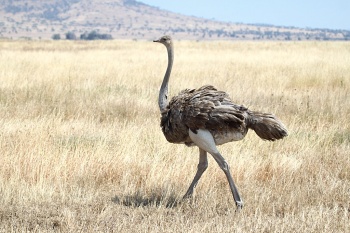 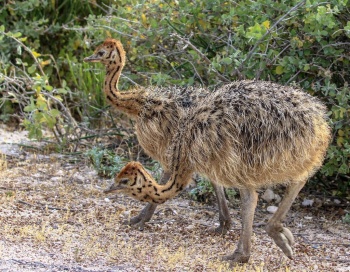 Widespread across sub-Saharan Africa from Mauritania to Sudan and southern Kenya, south to Tanzania and in southern Africa in southern Angola, Namibia, Botswana, Zimbabwe and northern South Africa.
Formerly widespread in northern Africa but now rare or an occasional visitor to southern Morocco and northern parts of Mali, Niger and Chad. Recently recorded in southern Egypt and may breed in small numbers.
Now extinct in the Middle East and not reliably recorded since the 1940s although there is an unconfirmed report from Jordan in 1966.


Reintroduction attempts are underway in the Negev Desert of southern Israel.

A small population of race australis may persist in south-central Australia, descendants of birds imported for the plume trade.

Somali Ostrich was formerly included in this species. 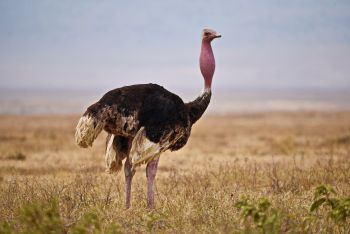 The nest is a shallow scrape in the ground. Usually the major hen lays 5 to 11 eggs and 2 to 5 minor hens lay 2 to 6 eggs each in the common nest. The young form large groups which are accompanied by one or more adults for the first 9 months.

Mainly silent but makes occasional hissing sounds.
Male has a deep booming during the breeding season.

Search for photos of Common Ostrich in the gallery