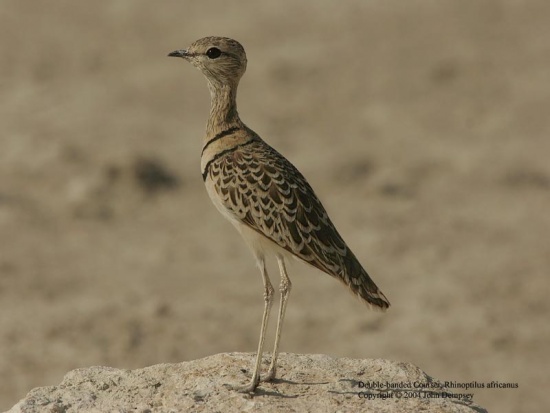 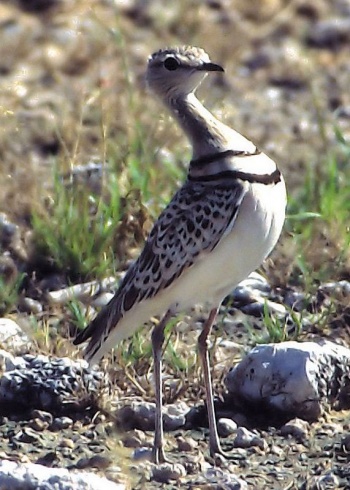 Although it is active by day it may be nocturnal where temperatures are very high. It is generally seen in pairs.

It nests on the ground among pebbles or animal droppings, laying a single egg.