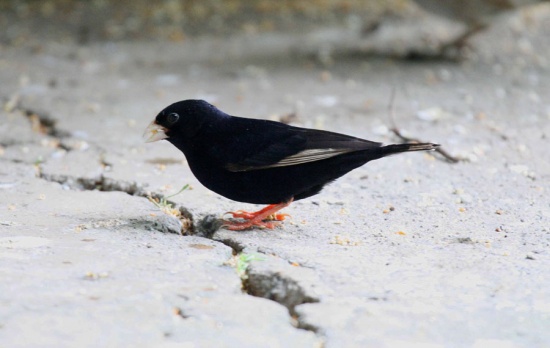 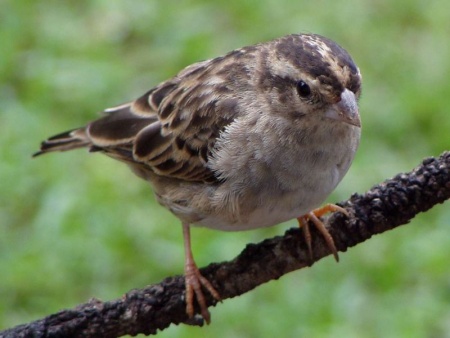 Male gives harsh 'chichichichi' call; song incorporates both scratchy notes and trills and tinkling phrases from the song of the African Firefinch (host).

The southern race can be distiguished from other Indigobirds by the pale bill and orange-red legs and feet. However, the northern race (found north of the Limpopo River) is very similar to the Purple Indigobird; here it is best distiguished by call.

Forages on bare and sparsely vegetated ground for small seeds. Takes termite aletes in flight. Males are conspicuous in breeding season when they call for long periods from a prominent perch. Females and nonbreeding males are inconspicuous, often feeding in mixed-species flocks.

Breeding: The Dusky Indigobird is a brood parasite, the host species being the African Firefinch.

Search for photos of Dusky Indigobird in the gallery