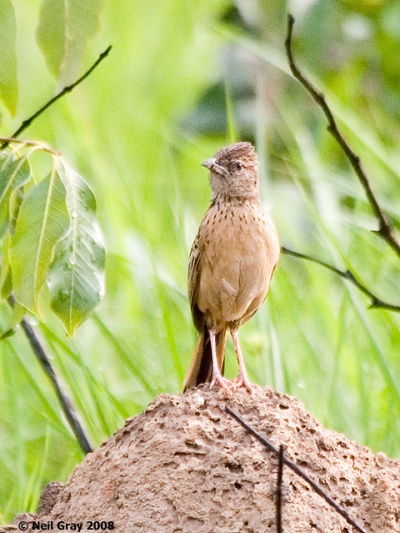 Similar to the Rufous-naped Lark, but smaller and darker with rufous-edged wings. Tail is distinctive and a key identification feature, being narrow, often appearing untidy, and having dark brown central rectrices and rufous outer ones. 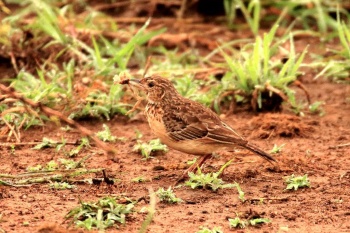 Usually solitary or in pairs.

Forages on the ground for invertebrates and seeds.

Monogamous and territorial. The nest is a domed or partly domed structure built of grass on the ground. Two to three eggs are laid (October to April in southern Africa).

Display flight is distinctive if witnessed - two to five bursts of wing-clapping (prrrrt prrrt-rrrt), sometimes followed by a thin, barely audible whistle, delivered as the bird circles in an undulating flight.