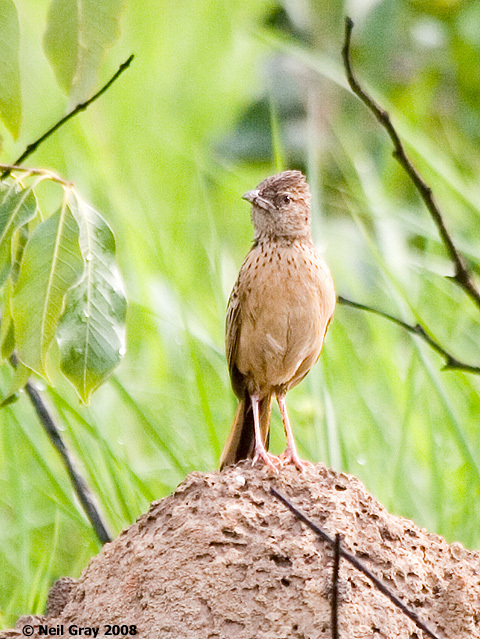 A dark Lark with rufous-edged wings; similar to the Rufous-naped Lark, but smaller and darker. It is best identified by its display flight which includes two to five bursts of wing-clapping (prrrrt prrrt-rrrt), sometimes followed by a thin, barely audible whistle.