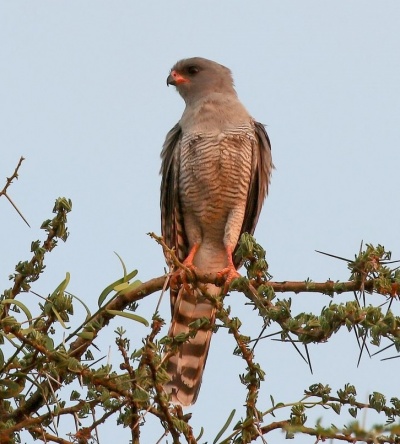 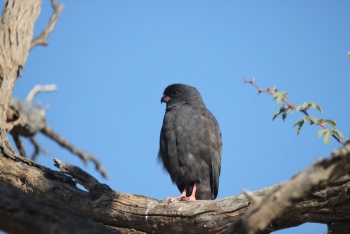 Melanistic birds have red legs and strongly barred wings and tails, but no white edges on secondaries

They look like a small Pale Chanting Goshawk. The melanistic morph is similar to a melanistic Ovambo Sparrowhawk. 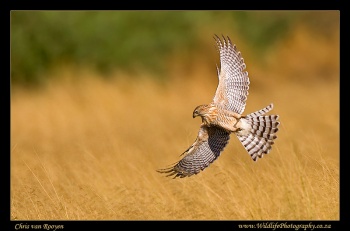 Some authorities use place this species in genus Melierax. 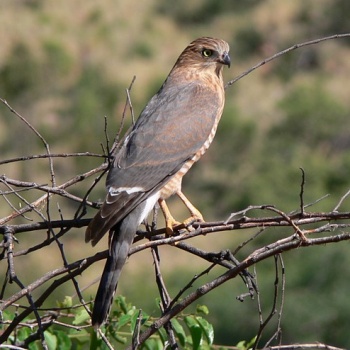 A small swift hawk. Generally found singly or in pairs.

They hunt by darting out from a tree in fast dashes. They catch small birds in flight or trap them in dense vegetation. Prey species range from young Helmeted Guineafowl, francolins and coucals.

Search for photos of Gabar Goshawk in the gallery