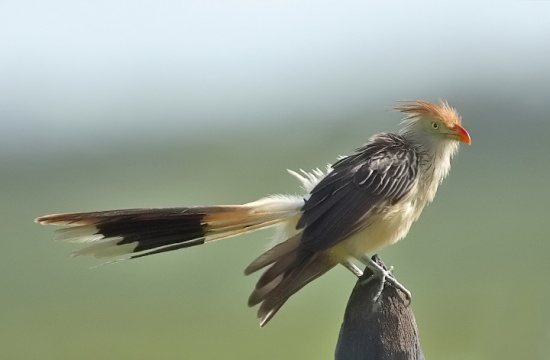 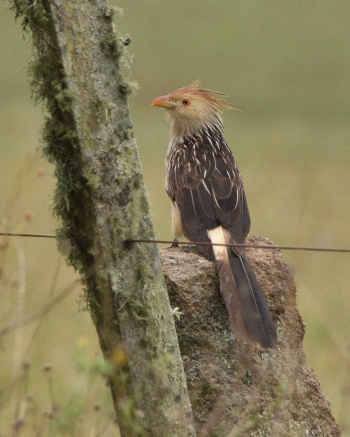 South America: found in north-eastern Brazil to Bolivia, Paraguay, Uruguay and central Argentina.
Common in most of its range. Has extended its range with deforestation.

Found in a wide variety of habitats from tropical semidecidous forest at an elevation of ca. 2 m (6.6 ft) down through open woodland,marshes, fields savanna, city gardens and parks and coastal woodland. From sea-level up to 1200m. 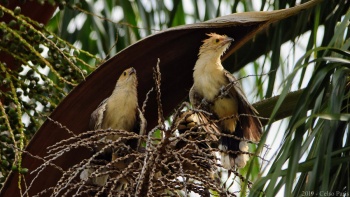 A group-living species. During breeding season the groups split into pairs.

Feeds on insects (grasshoppers, cicadas, termites) and spiders, frogs, lizards and snakes. Takes also eggs and nestlings of small birds. A gregarious species, feeding on the ground in flocks of up to 20 birds.

Breeding season in Brazil mainly August to November, some breed also in the dry months from May to August. November to December in Uruguay and Argentina. The nest is a large open platform made of sticks and placed high in a thorny tree. Often reuses old nest from previous season. Lays sometimes in nests of other species, including anis and may incubate with the anis. Often several females lay in one nest, average 10 eggs in a group nest.

Search for photos of Guira Cuckoo in the gallery

Search for videos of Guira Cuckoo on BirdForum TV