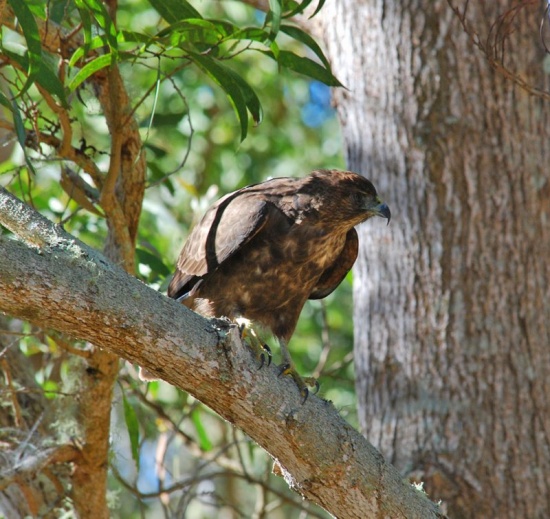 Feet and legs are yellow in adults and green in juveniles 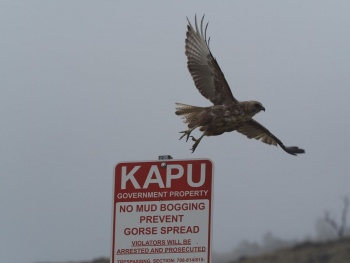 Hawaii. Restricted to the island of Hawai'i, where it is widely distributed at all elevations, in both natural and disturbed habitats.

It is possible that some of them may occasionally stray to Maui County, but they have never been recorded regularly there.

Present in all habitats on Hawaii Island, from coastline to treeline.

The breeding season runs from March to August. The clutch usually consists of a single egg which is incubated by the female for 38 days. After the egg is hatched, the male is only allowed near the nest to bring. The chick fledges at seven or eight weeks.

Search for photos of Hawaiian Hawk in the gallery

Search for videos of Hawaiian Hawk on BirdForum TV