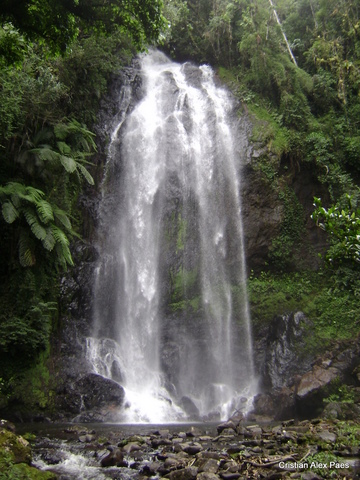 Photo by Intervales
The Waterfall of Death

Intervales State Park is located in the State of São Paulo (280 kms from the international airport of Guarulhos), and it is one of the most important places for birdwatching in the Atlantic Forest Ecosystem. Due to the good status of conservation of its forest and the large ocurrence of Bamboo (Guadua tagoara). The total area of the Park is 41.705 hectares, with altitude varying from 60 m to 1100 m, more than 400 species of birds have been listed so far. 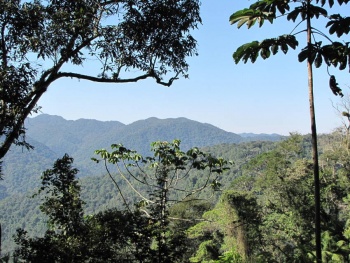 The Park was created on June 08, 1995, although it had been preserved since 1987. Recently designated as a world heritage site (Atlantic Forest Biosphere Reserve) along with three neighbouring reserves (Carlos Botelho State Park, Petar State Park, Ecological Station Xitué)

There are two main birding trails opened to the public, one is Carmo Road and the other one is Barra Grande Road.

Carmo Road is 36 km long, although only 9 km has been opened for birdwatchers. This road begins at Intervales Office (850 m) and ends at Alecrim (200 m), all the road is surrounded by well-preserved forest, with no people living nearby.

Barra Grande Road is 13 km long and it is nearly as good as Carmo Road, many species have been listed on this road such as: Buffy-fronted Seedeater, Silky-tailed Nightjar, Mantled Hawk.

All those trails above can be reached easily by car.

The Park is only four hours drive from the Guarulhos International Airport (in São Paulo), and it is situated on the crest of the Serra do Paranapiacaba, the 800-1000 m high escarpment that runs along the coast of southeast Brazil.

To get there by car, take the Rodovia Castello Branco out of São Paulo and exit at Tatuí, continuing to Itapetininga, Capão Bonito and Ribeirão Grande. From there take a 25 km unpaved road to reach the Park.

For backpackers, the cheapest way to go to Intervales State Park is by bus. São Paulo International Airport (GRU) - or Cumbica International Airport, in Guarulhos, is served by Airport Bus Service [1] with bus lines that take you to Barra Funda Station (Estação Barra Funda), if the traffic is good this ride takes normally 1:30 hour and it costs R$30,00.

The Park has good and comfortable lodges to host all kinds of visitors.