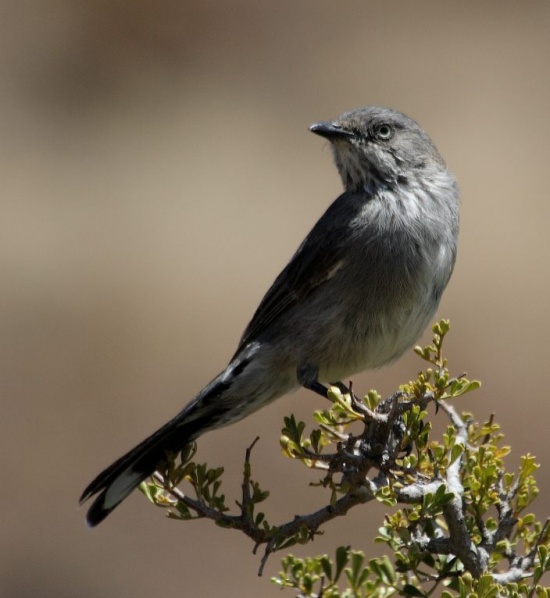 Length 14-16 cm, mass 15 g. Adult male: The upper parts are grey and the tail black with a white tip and white edges. The white throat has black streaks, the lower breast and belly are pale grey, and the flanks darker grey. The vent is white. The eyes are white and the bill and legs are black. Adult female: Browner than the male and less markedly streaked on the throat, but it is difficult to distinguish the sexes in the field.

The Rufous-vented Warbler is similar but has a chestnut vent.

Generally resident, with seasonal altitudinal movement by populations in cooler areas. Usually forages alone or in pairs for invertebrates and fruits, low in shrubs. Inquisitive; responds to spishing.

Breeding: Monogamous and teritorial. The nest is a cup constructed from grass, plant fibres and spiders web. Usually 2 eggs are laid between July and December.

Search for photos of Layard's Warbler in the gallery