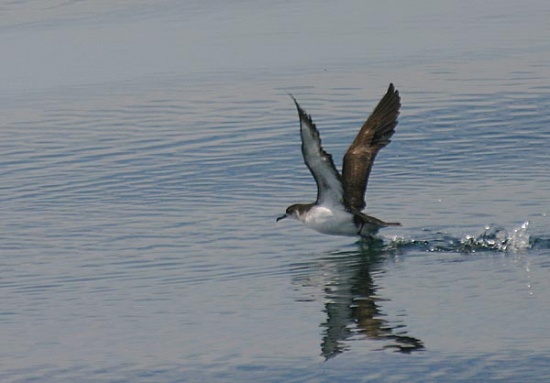 Manx Shearwater is known to nest commonly in the eastern North Atlantic, but in 2009, the first confirmed young fledged within the USA, in Maine. 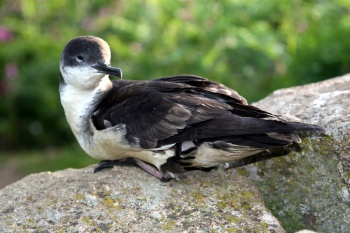 Outside breeding season disperses to southern Atlantic. Since the 1970ties have been seen as a rare but increasingly regular bird in eastern north Pacific.

Strictly pelagic when not breeding, usually off-shore rather than oceanic

Glides and banks low over the water on stiff straight wings, with very irregular wingbeats

Nests colonially in burrows on grassy slopes of islands, often at some distance from the sea. Visits burrows after dark