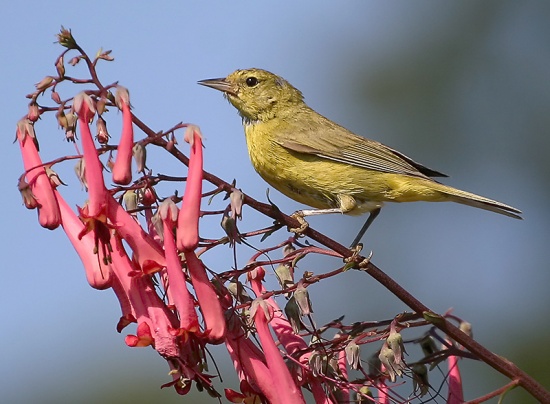 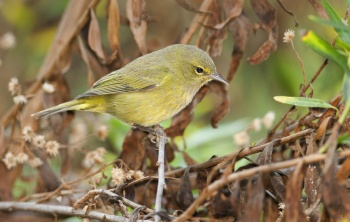 Alaska and almost universal in Canada (absent only in the southeast and far northeast); Western United States from Washington to western Montana south to California to western tip of Texas. In migration found almost anywhere in the United States but far more widespread in west. 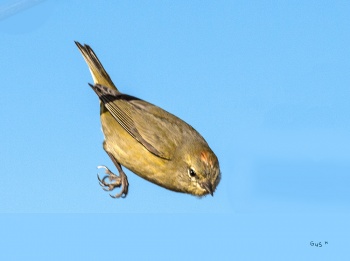 It was formerly included in Vermivora and Oreothlypis.

Their diet consists mostly of insects and spiders during the summer months, switching to berries and fruit in the winter. Very active feeders in low shrubs, sometimes hovering.

The female chooses the nest site, which is usually on the ground under dense vegetation, but may be in a shrub, low tree, fern, or vine. The nest is an open cup formed from grasses, shredded bark and moss, lined with fine grass and hair. The clutch consists of 4 to 5 eggs which are incubated for 11 to 13 days. Both parents feed the young.

Search for photos of Orange-crowned Warbler in the gallery

Search for videos of Orange-crowned Warbler on BirdForum TV