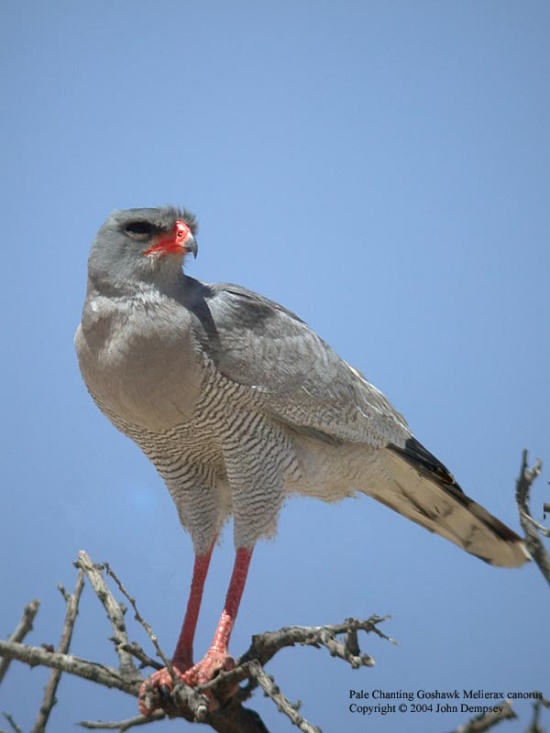 Two subspecies are sometimes recognised: the nominate race from Cape Province to Orange Free State (South Africa) and argentior in remainder of range. 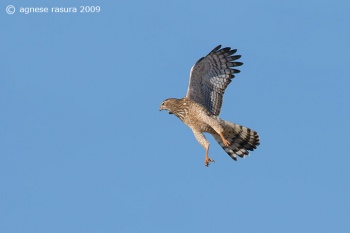 The diet includes lizards and insects, and small mammals up to the size of a hare.

It builds a nest of small sticks and dung, added as lining. It can be up to twenty inches across with a shallow cup of ten inches diameter. 1-2 pale bluish or greenish white, unmarked, eggs are laid at intervals of several days. Only the female incubates, and when two eggs are laid they hatch at intervals of several days. Only one young is normally reared from a nest of two. The young after leaving the nest may be found near it for some months and in the following year may even be found displaying in the same area.

Search for photos of Pale Chanting Goshawk in the gallery