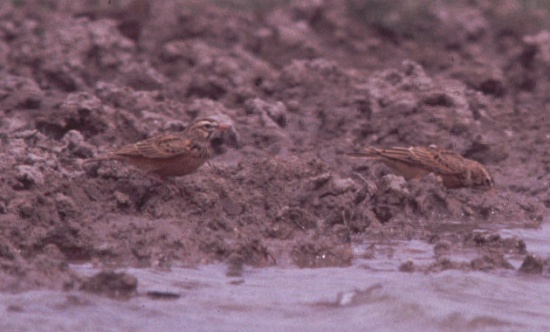 A small stocky Lark with a short, stout pink bill. The chin and throat are white, the breast is rufous-buff, streaked dark brown, and the belly and undertail coverts are rufous-buff.

In groups of 5-20 when not breeding. Inconspicuous; usually on the ground, concealed in grass; crosses open ground quickly and seldom perches in an elevated position. Forages for invertebrates and seeds.

Breeding: Monogamous. The nest is a cup of dry grass and rootlets. One to three eggs are laid after rain at any time of the year.

Search for photos of Pink-billed Lark in the gallery