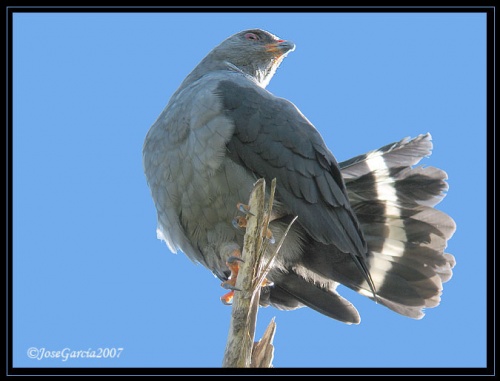 This is a monotypic species1. It was formerly placed in genus Leucopternis but recent research has shown that its closest relatives belong to the genus Buteogallus (Black Hawks).

Subtropical or tropical moist lowland forests. It is threatened by habitat loss.

It is a species of forest interior which rarely soars.

This is a vocally distinctive species which among other things perform male-female duets[2].

Search for photos of Plumbeous Hawk in the gallery

Search for videos of Plumbeous Hawk on BirdForum TV