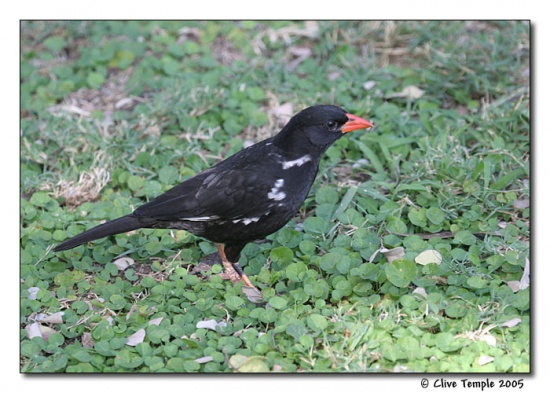 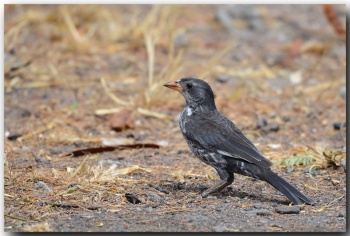 Female and juvenile: brown above and spotted or streaked below.

Very similar in habit and appearance to the White-billed Buffalo-Weaver. 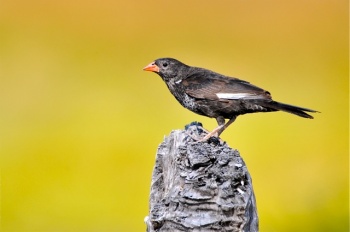 These birds are known to be somewhat nomadic but are generally described as common. 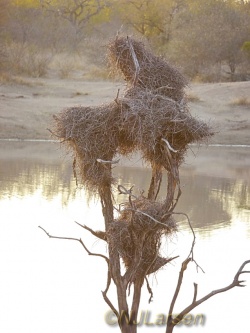 Their diet consists almost entirely of insects such as weevils and grasshoppers.

They construct huge nests made from thorny sticks in baobabs and other large trees, as well as on power pylons; these are used as communal roosts. They may have a second brood each year.

Other species, such as Verreaux's Eagle-Owl, also utilise them for overnight roosting.

Search for photos of Red-billed Buffalo Weaver in the gallery