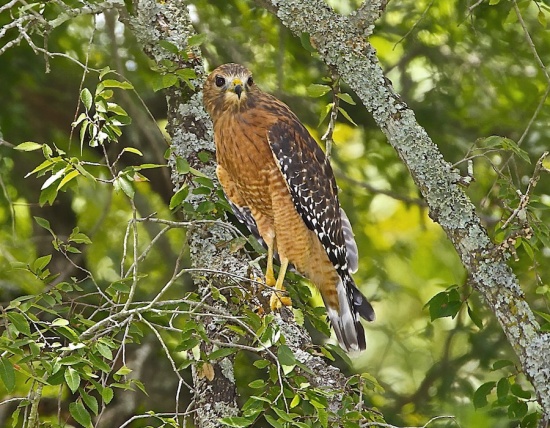 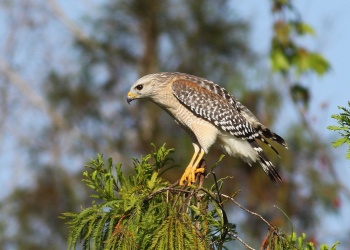 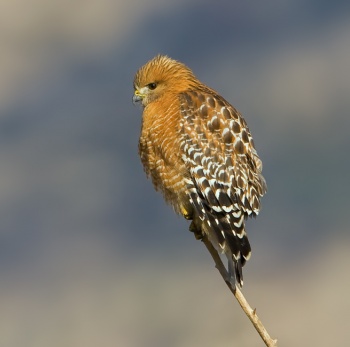 The subspecies differ in color intensity, with B. l. extimus the palest, and B. l. elegans the most richly orange; also slight differences in size though this is not useful in the field.

There is less plumage variation between the juveniles of the different subspecies. 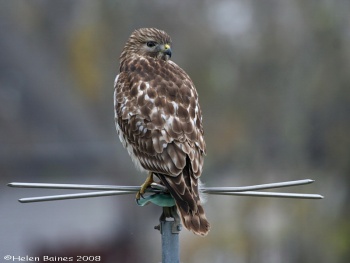 Eastern North America and along the coast of California and northern Mexico. 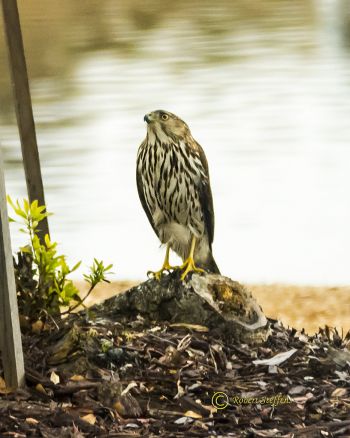 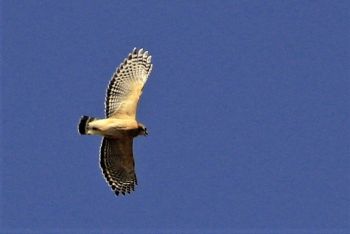 The California subspecies B. l. elegans is well separated from the rest of the species' range, and has been suggested as a potential species split, though none of the major authorities have accepted this.

Deciduous and mixed wooded areas, often near water. Quite common in suburban subdivisions with trees, water features and golf courses. Observed at heights around 94m.

A stick nest is built in a major fork of a large tree and 3 to 4 blotchy marked eggs are laid. They are incubated for 28 to 33 days. The young leave the nest at about six weeks of age, but remain dependent on the parents until they are 17 to 19 weeks old.

Search for photos of Red-shouldered Hawk in the gallery

Search for videos of Red-shouldered Hawk on BirdForum TV