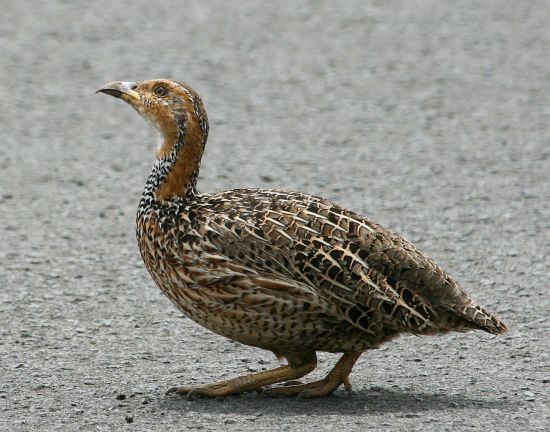 Sibley & Monroe (1996) placed this species in the genus Scleroptila, but this genus has not been recognized by Clements (2007) or Howard & Moore (2003), and the Opus follows in this consensus.