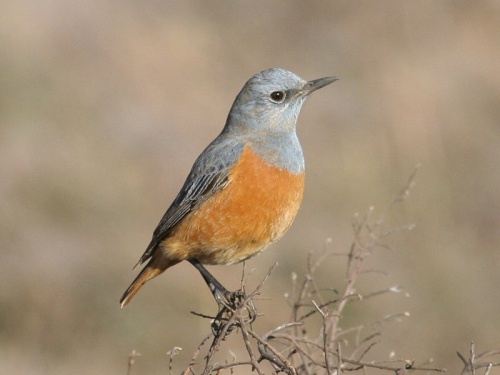 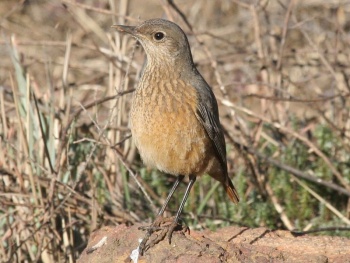 Length 17 cm, mass about 50 g.
Adult male': The head to upper breast and back is a striking blue-grey, contrasting with a rich orange lower breast and belly. The wings are black and grey. The bill is black and the irises are brown.
Adult female: Greyish brown with pale mottling above. Throat and breast streaked dark brown on a white to orange background. Belly creamy.

There are two subspecies: 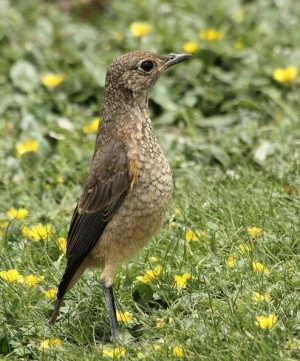 Solitary, in pairs, or in small groups. Fairly active and often perches conspicuously.

Forages on the ground (often from a low perch) mainly for insects, but also other invertebrates, seeds and fruit.