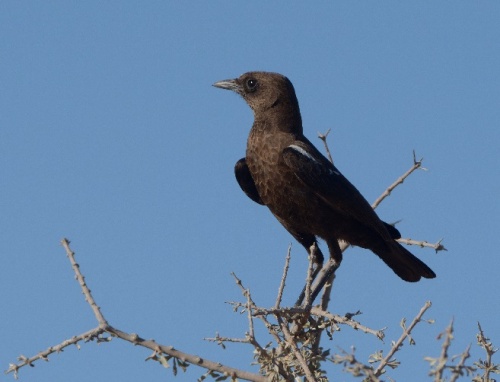 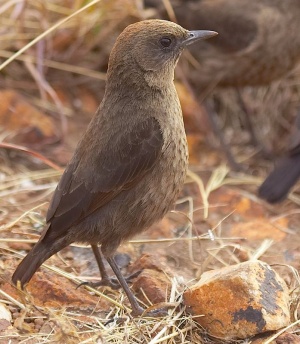 Length 17–18 cm (6¾-7 in), mass 45-50 g. A dark grassland chat with a distinctive upright stance. It has relatively long legs which accentuate a short tail.
Adult male:

Adult female: Similar to the male but without the white carpal patches. 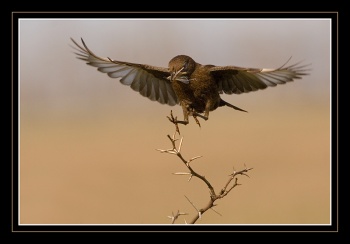 This is either a monotypic species[1] or has 3 subspecies[2].

Solitary, in pairs, or in small groups. Roosts in the nest burrow. 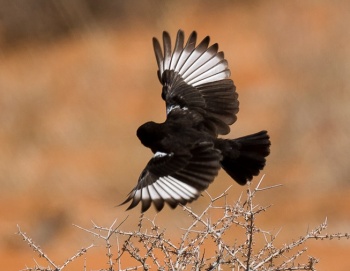 Forages on the ground for invertebrates (mainly ants and termites); some fruit is also eaten.