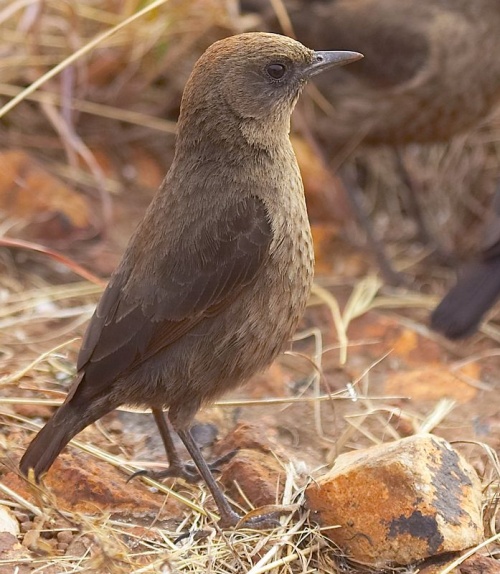 Length 18 cm, mass 45-50 g. A dark grassland chat with a distinctive upright stance. It has relatively long legs which accentuate a short tail. Adult male: Very dark brown with a small white carpal patch that is often not visible when perched. In flight the wings show white windows. The bill, legs and feet are black and the eyes are dark brown. Adult female: Similar to the male but without the white carpal patches.

There are three subspecies: 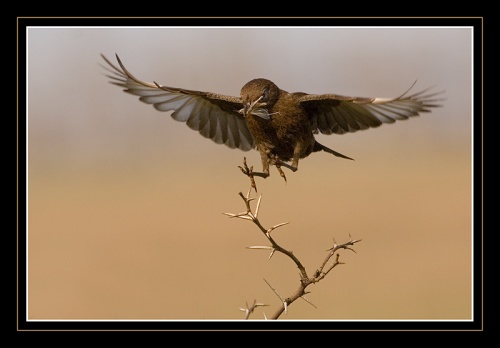