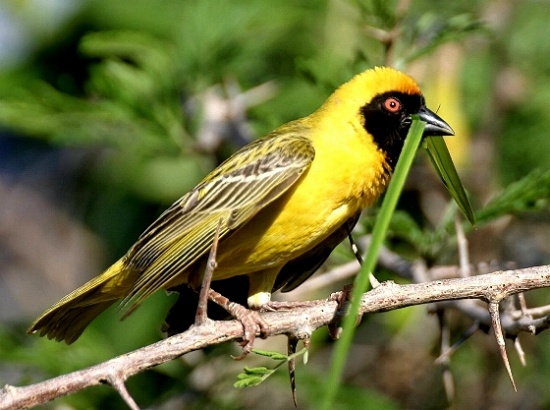 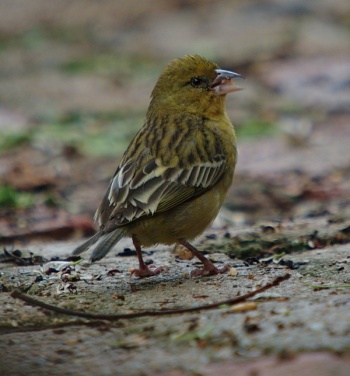 Some Village Weavers have a black mask similar to the mask of this species, but they do not have black above the bill. 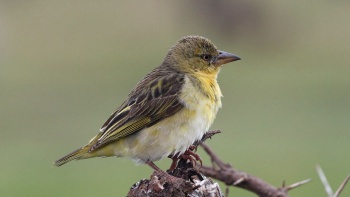 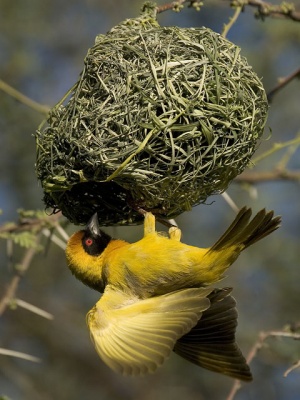 The diet includes insects, seeds and nectar, and it will come to feeding tables.

They nest singly or in small colonies, mainly from September to January. The males build up to 15 nests in a season and have several female partners. The nests are woven from reed, palm or grass and built in a tree or in reeds. A female selects a nest and lines it with soft grass and feathers. One to six eggs are incubated for 12-14 days by the female.

Search for photos of Southern Masked Weaver in the gallery

Search for videos of Southern Masked Weaver on BirdForum TV