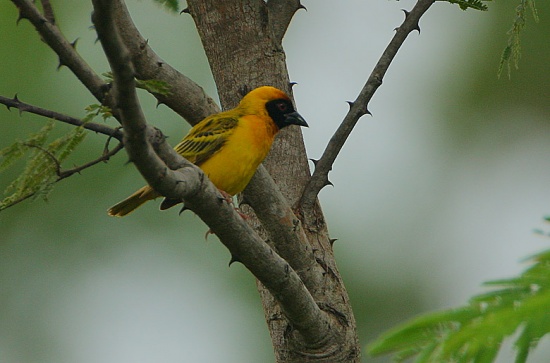 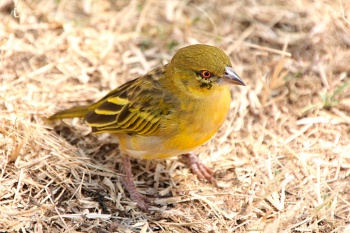 Female and non-breeding male are olive above and yellow below, sometimes with a reddish eye. Juveniles similar with paler belly.

Very similar to Southern Masked Weaver but their ranges do not overlap. Vitelline's bill and mask are smaller than in other masked weavers and the mask is neatly rounded on the throat. 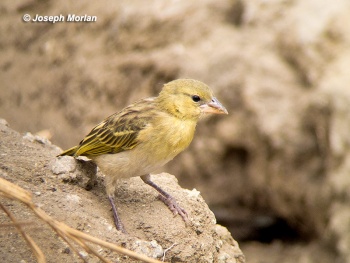 Differences are variable and some authors consider the species to be monotypic [2].

Includes seeds and insects, also nectar from Leonotis nepetifolia; birds will bite flowers off at base to steal nectar.

They are polygynous nesting in small colonies in trees. The male builds an onion shaped nest from woven green grass. Clutch of 2-4 variable blue-white, pink-white or greenish, white eggs sometimes with fine black spotting, others with red or violet flecks.

Song is a dry sputtering squeaky trill, interspersed with rasps, whistles and chirps.

Search for photos of Vitelline Masked Weaver in the gallery