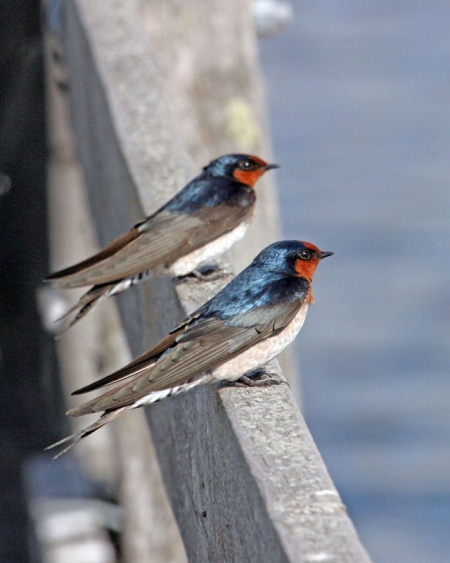 Young birds have a whitish forehead and throat, and have shorter tail streamers 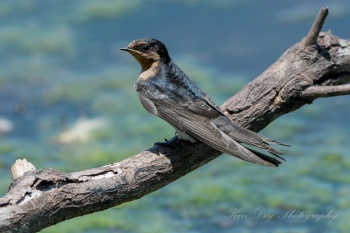 A wide variety of open habitats, including coasts, cultivation and inhabited areas, usually near water. They roost in wetlands.

The open cup nest is formed from mud and grass, lined with feathers and fur placed on a rock wall or side of a building. It is built by both adults. The clutch contains 3-5 eggs which are incubated by the female for 14-21 days. Both parents feed the young which fledge after a further 14-21 days. There are usually two broods.

Their diet consists of insects such as stone-flies, beetles, flies and bugs, taken on the wing.

Search for photos of Welcome Swallow in the gallery

Search for videos of Welcome Swallow on BirdForum TV