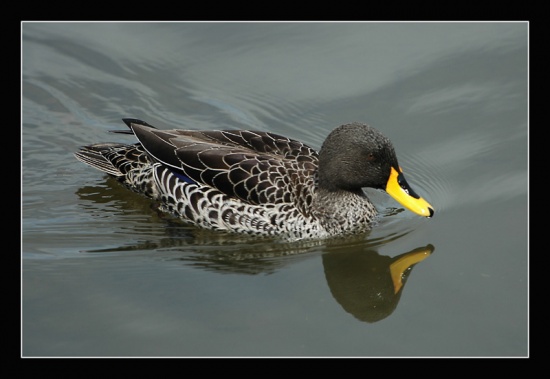 Grey, darker head, bright yellow bill, wings are white below with white-bordered green speculum. Sexes are similar, and juveniles are slightly duller than adults. The north-eastern race is darker and has a brighter bill and blue speculum.

It nests on the ground in dense vegetation near water; 6-12 eggs are laid.