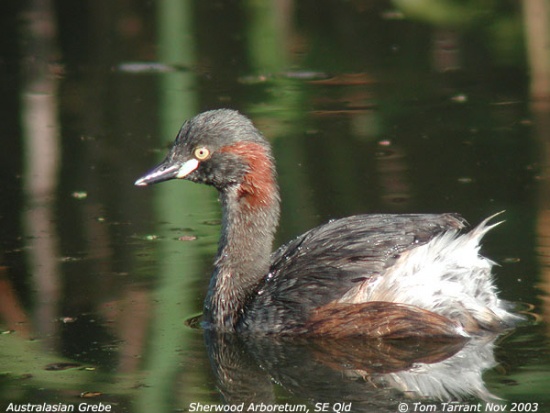 Breeding - upperparts are dark slaty-brown to black with chestnut patch from behind auriculars down side of neck, yellow eye, and highly visible yellow subloral stribe from eye to just below the bill.

Non-breeding - throat, upper breast, and sides of neck grey-white, rest of body slightly duller than breeding plumage, bill pale, and sub-loral stripe much less obvious. This plumage is similar to but browner than the winter plumage of Hoary-headed Grebe. 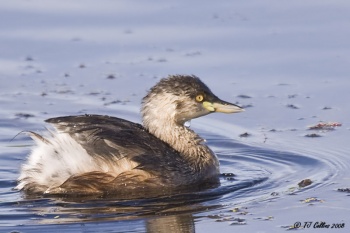 Australasia: found in Australia, New Zealand, New Guinea, much of Indonesia, and some pacific islands. 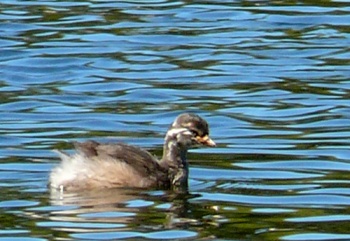 It builds a nest which is a floating mound of vegetation, normally anchored to a submerged branch or reed. Pale blue eggs are laid and are incubated and cared for by both parents. The chicks can swim from birth. There can be three successive broods in a season.

Search for photos of Australasian Grebe in the BirdForum Gallery