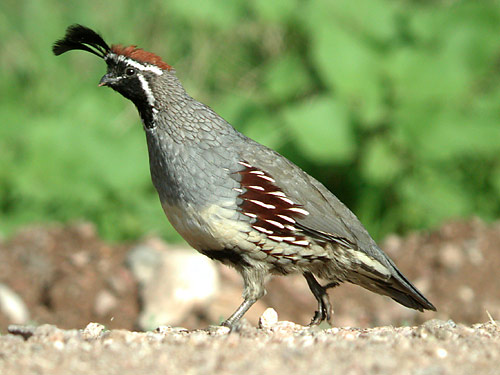 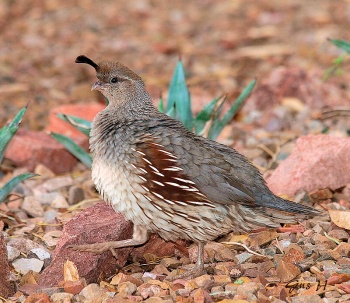 Resident in south-western deserts from California east to Texas. Introduced in Idaho and western New Mexico. Introduced on some of the Hawaiian Islands, where it is usually difficult to find among the more numerous California Quail.

These desert-dwelling quail are attracted to water and gather in large numbers, often representing several coveys, to drink at stock tanks maintained for cattle.

The 10-20 buff-colored eggs, spotted with brown, are laid in a depression lined with grass and twigs at base of tall shrub or mesquite.

A ringing puk-kwaw-cah, with second syllable highest in pitch.
The ringing call of the male, heard even in the heat of day, is one of the characteristic sounds of the desert Southwest.

Search for photos of Gambel's Quail in the gallery