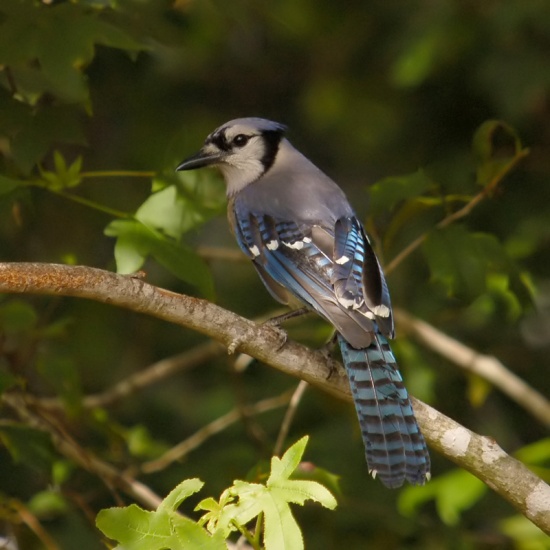 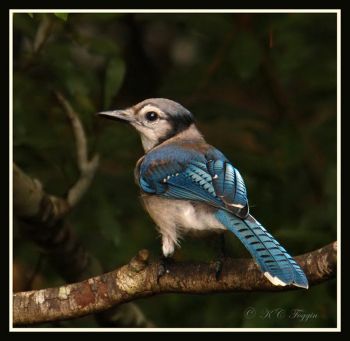 Eastern side of North America from northest Newfoundland to southest Florida, western Texas and Midwestern United States, and north to central Alberta. West of the Rockies, it is replaced by the closely related Steller's Jay. Blue Jay is slowly spreading westward.

Although this bird is generally found year-round through most of its range, some northern birds do move into the southern parts of the range. These birds migrate in the daytime. 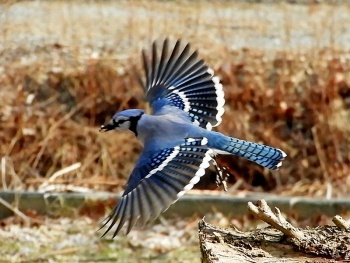 The nest is built by both adults. The four or five eggs are incubated by the female for about 16 or 18 days. Both parents feed the young, which fledge between 17-21 days. Monogamous.

They are Omnivorous feeding on acorns and beech mast. Also seeds, berries and fruit. They will also take eggs and nestlings, scraps of meat and small invertebrates. Garden feeder visitor for peanuts and suet.

Search for photos of Blue Jay in the gallery

Search for videos of Blue Jay on BirdForum TV