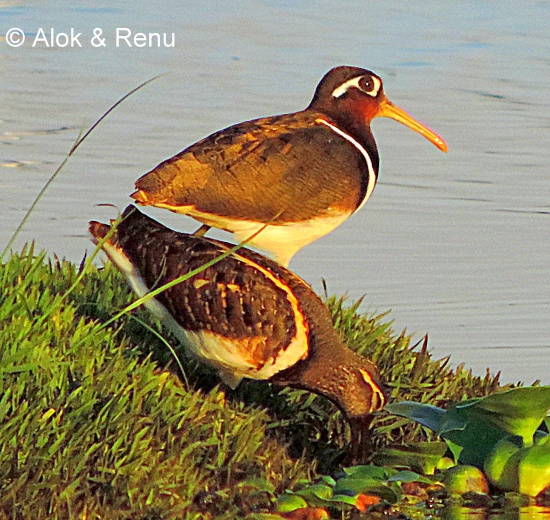 23–28 cm (9-11 in)
Female with much brown
Male much greyer, with golden eye patch and crown stripe

Large eye, and in female the uniform brown of head and neck separates from most other snipe-like species.

Locally in Africa, Madagascar and Asia. 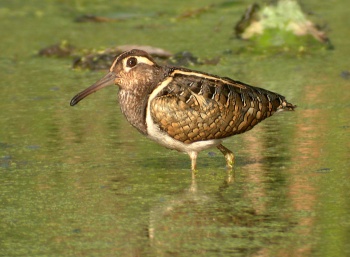 It was formerly considered conspecific with Australian Painted-snipe.

Marshes and other vegetated wetlands, both permanent and seasonal.

Looks labored on the wings. 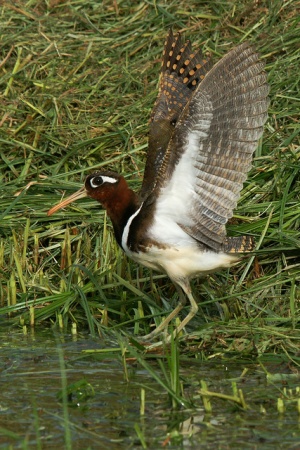 Voice is often heard after dark.

Search for photos of Greater Painted-snipe in the gallery

Search for videos of Greater Painted-snipe on BirdForum TV