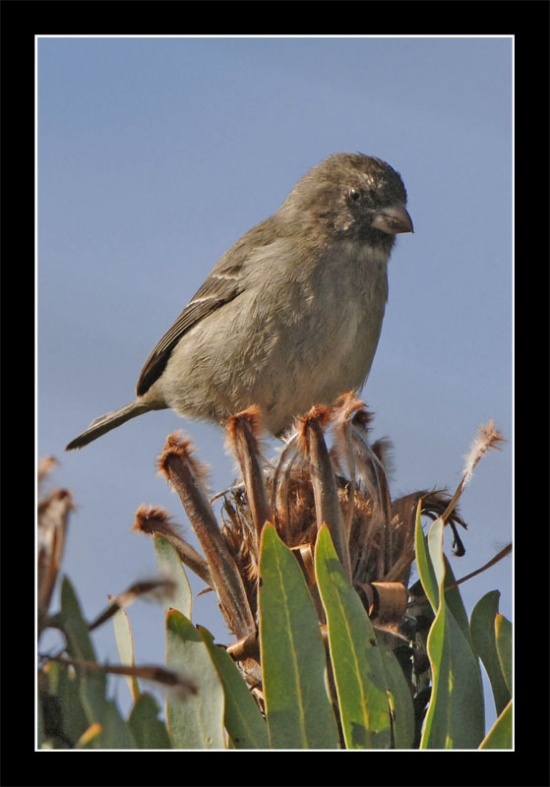 Adult: A greyish-brown canary with a blackish face that contrasts with the whitish to pinkish bill and white throat. The wing coverts, flight feathers and tail feathers are sooty brown; pale edges to the wing coverts form two wing-bars visible at close range.

Not shy, but easily overlooked as it often sits quietly in the canopy. In the breeding season may be solitary, in pairs or family groups; small groups or flocks of up to 40 birds form when not breeding.

Forages in the canopy of shrubs and small trees and on the ground. Feeds mainly on the large seeds of Protea species, but also eats other seeds, flowers, buds, fruit and nectar.

Monogamous. The nest is a cup of stems and leaves, lined with Protea down, and placed 2-4 m above the ground, usually in the canopy of a Protea bush. Two to four eggs are laid August to October and incubated for about 17 days.

Search for photos of Protea Canary in the gallery

Search for photos of Protea Canary in the gallery