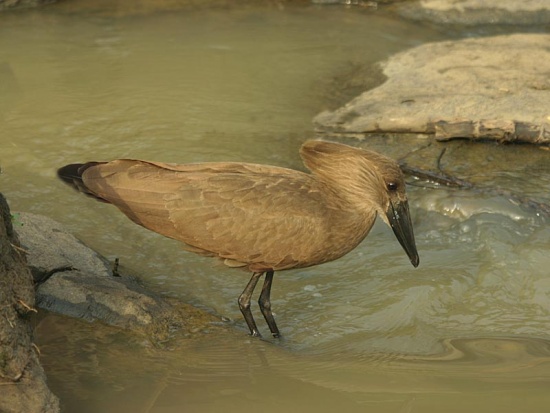 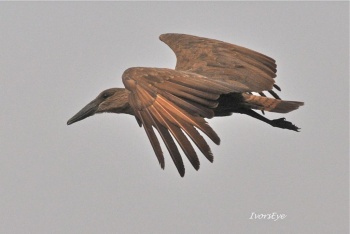 Africa south of the Sahara, Madagascar and south-west Arabia. 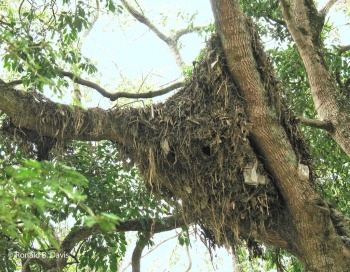 They are found close to rivers and streams, as well as pans, dams, wetlands or even small rainwater puddles. They are sometimes also seen on the coast, searching rock pools for prey.

This species sometime shows unusual behaviour where a number of birds will suddenly form a tower - sometimes of up to five birds high. Birds perch on the back of the bird below - each calling loudly and excitedly for a while and then seem to simply go off in different directions to continue their hunting. The reason for this strange behaviour is not clear.

They are usually seen at the water's edge, where they forage for frogs, fish or aquatic invertebrates. They often use a foot to stir up the mud on the bottom to chase out prey. Hamerkops may also hunt by flying slowly over the water and snatching food from the water surface. They live on frogs and tadpoles, fish and aquatic invertebrates. They generally forage singly or in small groups.

They nest from July to January. The nest is a massive structure, haystack like, and comprising of sticks, reeds, weeds and debris, placed in the stout fork of a large tree, on a cliff ledge, on large rock or even on the ground. It has an entrance on the underside, and may be built co-operatively, sometimes by several birds. The nest is very solid and durable, and is often taken over by owls, bees or other species.

Search for photos of Hamerkop in the gallery