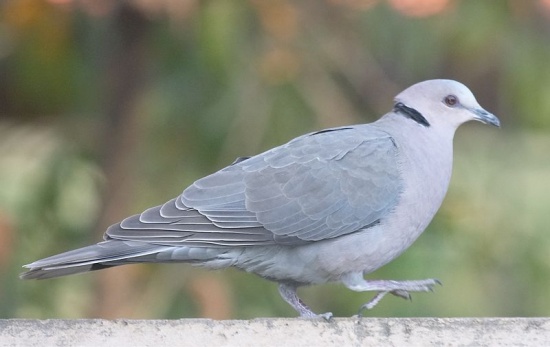 This is a polytypic species, consisting of six subspecies[1]:

Nests are built in the forks of trees. The two creamy-white eggs are incubated for 15 days. The males sit on the eggs during the day, and the female at night. The chicks fledge after 14 days.

The adults are ready to breed again after a week. The male continues to feed the first youngsters after the next eggs are laid.

Search for photos of Ring-necked Dove in the gallery

Search for videos of Ring-necked Dove on BirdForum TV