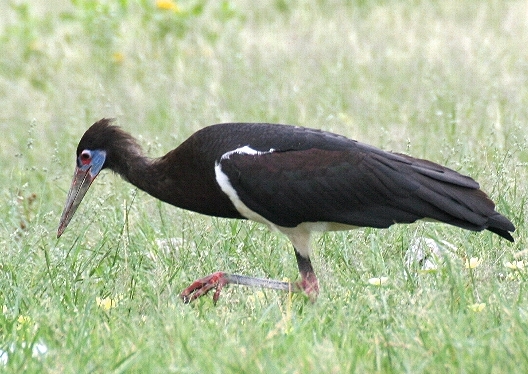 The female is slightly smaller than male.

Similar Species. Black Stork is similarly plumaged, but has red bill and legs and lacks the white lower back and rump of Abdim's. Moreover, the longer legs, bill and neck of Black Stork give it a quite different flight silhouette.

Open habitats through much of Sub-Saharan Africa - from Ethiopia south to South Africa and stretching as far west as Gambia and Senegal - and also in south-western Arabia. 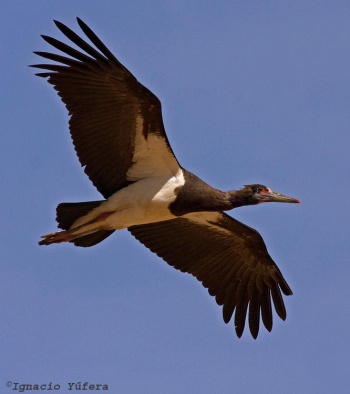 Highly gregarious. Large flocks numbering hundreds may be seen in feeding parties spread through grasslands or soaring on thermals.

Colonial breeder, nesting in trees, with each pair laying 2-3 eggs.

The diet consists mainly of locusts, caterpillars and other large insects.

Search for photos of Abdim's Stork in the gallery