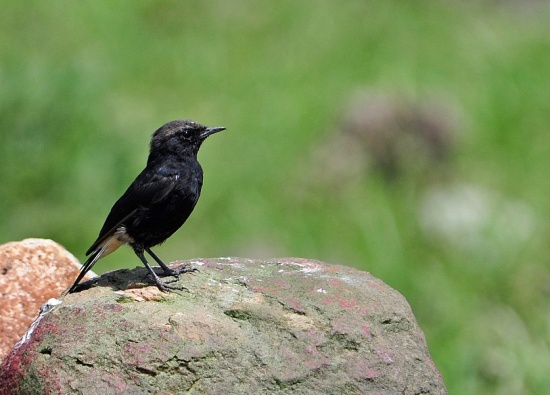 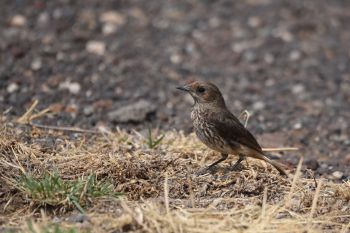 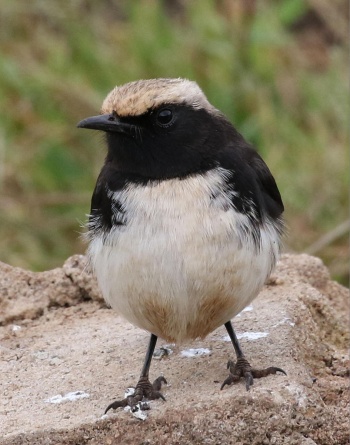 Found in Eritrea, Ethiopia, Somalia, Kenya and Tanzania in three isolated populations.
Frequent to common in its range. 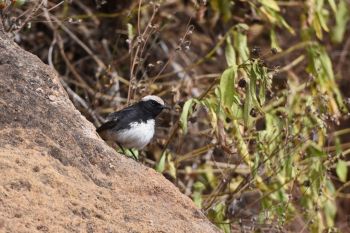 schalowi is sometimes accepted as full species. Furthermore this species was thought to be conspecific with Mourning Wheatear in the past and Arabian Wheatear has been included here in the past.

Desert or semi-desert country with boulders and often caves for shelters. Sometimes in villages.
In Ethiopia on moors and plughed fields from 1200 to 4000 m.

Feeds mainly on ants. Takes also beetles, grasshoppers, butterflies and other insects.
Undertakes bound-and-grab manoeuvres to catch prey, also sallying in air after flying insects and by flying down onto prey from low perch.

Breeding season March to August in Ethiopia and October to July in Kenya (with a possible peak in March). Double-brooded. The nest is a loose flat cup made by dry grass, stems and roots. It's placed in a hole deep in the rock, a cliff, a bank or a wall, also in rodent hole. Lays 1 to 3 eggs.

Search for photos of Abyssinian Wheatear in the gallery

Search for photos of Abyssinian Wheatear in the gallery