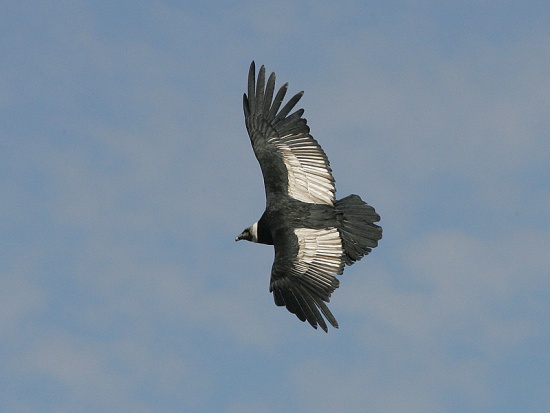 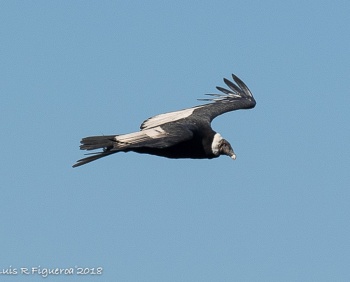 The male, has a wattle on the neck and a large, dark red comb or caruncle on the crown.


Juveniles lack the distinctive white markings on neck and wings, and are instead overall grayish-brown, with blackish head and neck skin.

South America: The Andes and coasts of Colombia to Tierra del Fuego.

Populations declining over the entire range, which historically included all the countries on the west coast of the continent. 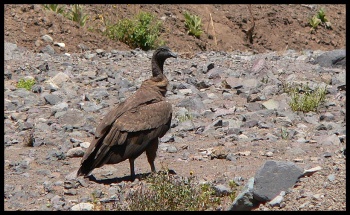 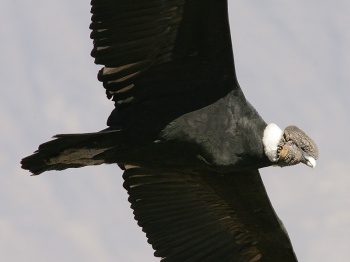 Their diet consists mostly of carrion and medium sized mammals.

There is little information available. The nest in shallow cliff caves.

Search for photos of Andean Condor in the gallery

Search for videos of Andean Condor on BirdForum TV