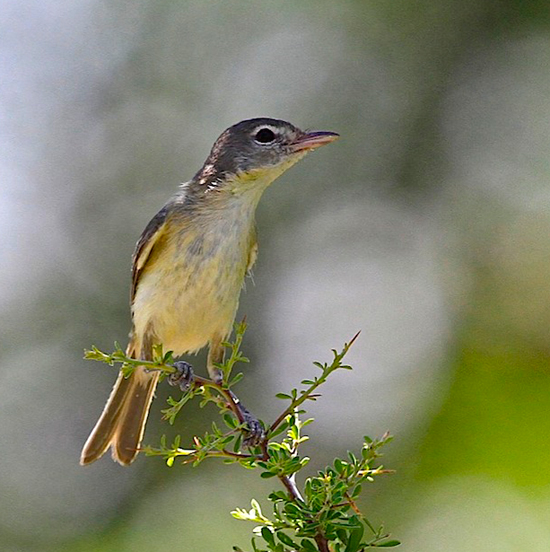 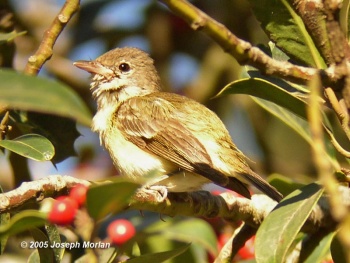 The diet includes insects and spiders.

It makes a well-camouflaged basket-like cup nest from grass, straw-like stems, plant fibres, small skeletonized leaves, paper, and strips of bark fastened with spider silk;it is lined with fine, brown or yellow grass stems. Outside it is decorated with spider egg cases. 3-5 white with sparse spotting eggs are laid.

Search for photos of Bell's Vireo in the BirdForum Gallery