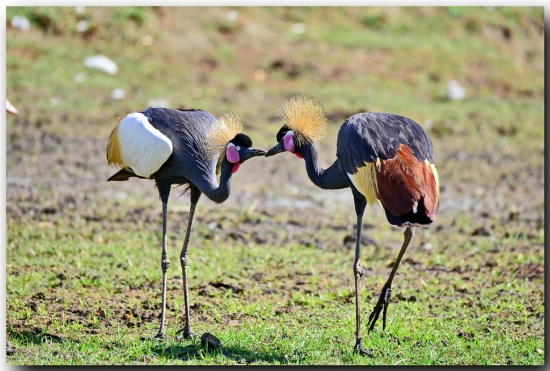 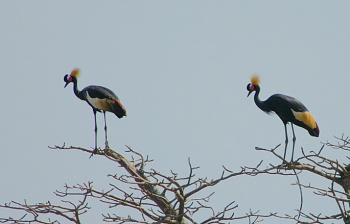 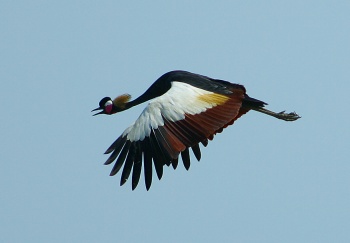 Freshwater marshes, wetter grasslands, and the edges of water bodies.

Its circular nest platform is built from grasses and sedges within or along the edges of densely vegetated wetlands. The clutch consist of 2-5 eggs which are incubated by both sexes for 28-31 days.

Their diet consists of insects, such as grasshoppers and flies. Invertebrates include molluscs, millipedes, crustaceans and fish. Grass and grass seeds are also included.

Search for photos of Black Crowned Crane in the gallery