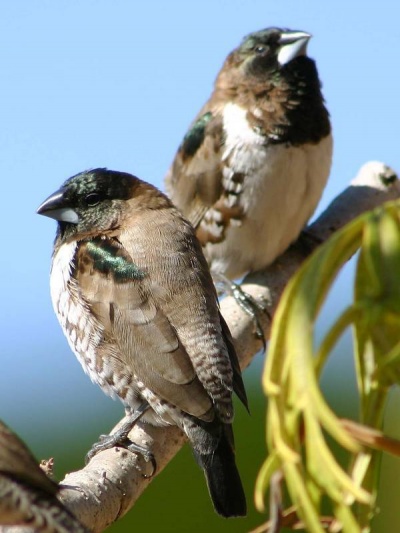 Separated from the larger Magpie Mannikin by its shorter bill and barred rump.

Widespread in Africa south of the Sahara.

Absent from a large part of south-western Africa (Namibia, west and central South Africa and most of Botswana). Generally common to abundant.

This species has also been used in the trade of captive birds, and releases/escapes have resulted in naturalized populations in other parts of the world (e.g., Puerto Rico ). 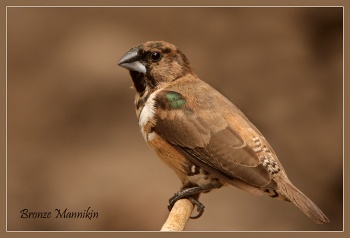 Sometimes placed in the genus Lonchura. 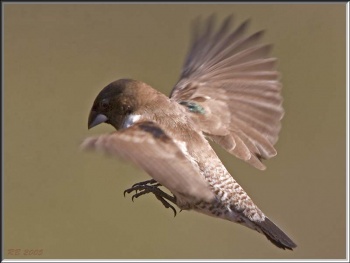 Grass is used in the making of the nest, which is placed in a tree.

Search for photos of Bronze Mannikin in the gallery

Search for photos of Bronze Mannikin in the gallery