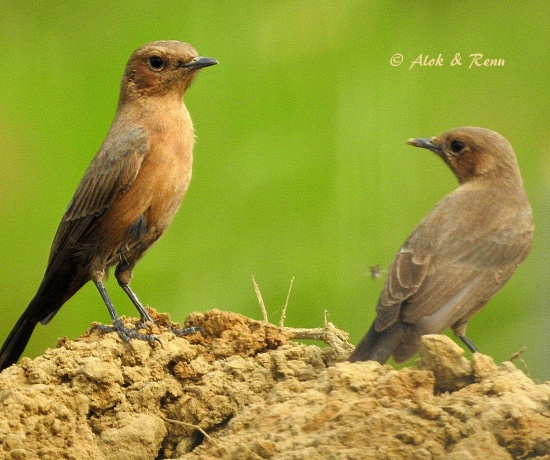 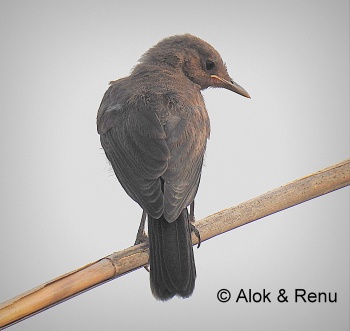 This is a monotypic species.
It's placed in genus Cercomela by Clements.

Their insectivorous diet consists of beetles, ants, spiders and other, mostly ground insects. They have been seen feeding at night on insects attracted to lights.

They nest from February to August, though usually from April to June. The nest is a cup formed from plant fibres, hair and wool positioned in a crevice. The 3-4 pale blue eggs have rusty spots at the large end. The young fledge after about 15 days from hatching. There may be 2 or 3 broods in the season.

Search for photos of Brown Rock Chat in the gallery