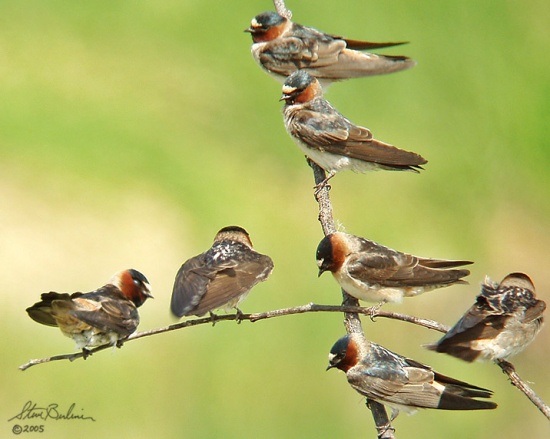 Photo by forcreeks
Chiloquin, Oregon, May 2005

Cave Swallow of Texas and Southwest is similar but smaller, with darker rump and pale buff throat. Mexican birds have chestnut foreheads.

Breeds from Alaska, Ontario, and Nova Scotia southward through most of United States (except Southeast) and in northern half of Mexico. Winters in South America. 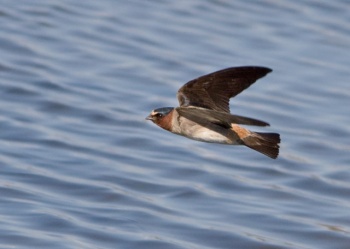 Cliff Swallow has in the past been placed in genus Hirundo. 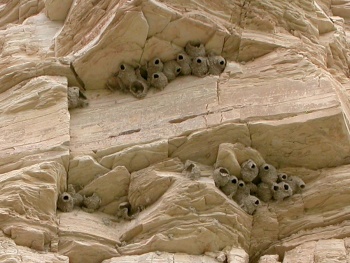 melanogaster is sometimes included in pyrrhonota but those sources then recognize a form minima[2].

Nesting: 4-6 white eggs in a gourd-shaped structure of mud lined with feathers and placed on a sheltered cliff face or under eaves. Also nests on road bridges in large colonies.

Search for photos of Cliff Swallow in the BirdForum Gallery