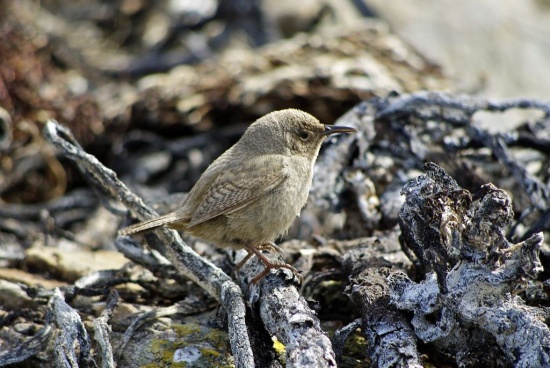 Originally found throughout the Falkland Islands, but now confined to around 30-35 small offshore islets free of introduced sheep, rats, mice, and cats. 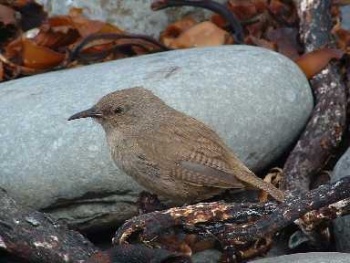 This is a monotypic species.
It is closely related to, and was formerly included, in House Wren.

It is adapted to live in areas with dense, ungrazed tussock grass just above the high tide line, and forages onto the beach. It is not likely to occur around houses or in areas with farmed animals.

Often feed on invertebrates in the littoral zone of rocky beaches.

The nest is cup shaped, made of sticks, grass and lined with feathers. 5-8 white, brown-speckled eggs are laid. The nest is placed between rocks or below tussock grass clumps.

Search for photos of Cobb's Wren in the BirdForum Gallery