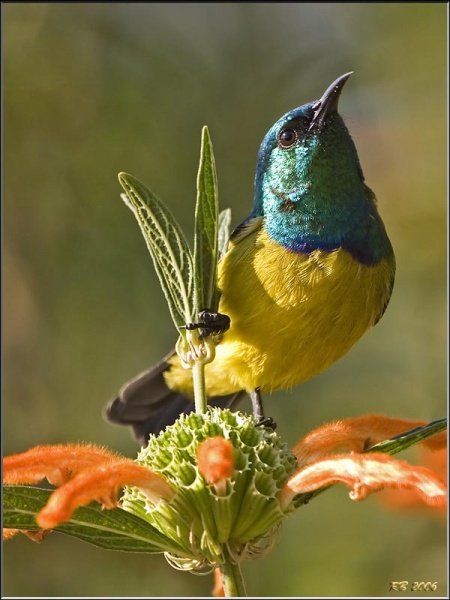 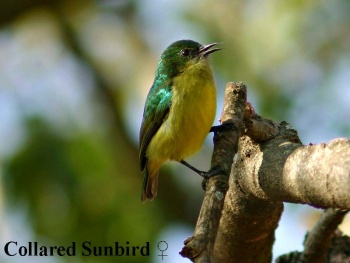 This is one of the four Sunbirds that have recently been moved to the genus Hedydipna from the genus Anthreptes. 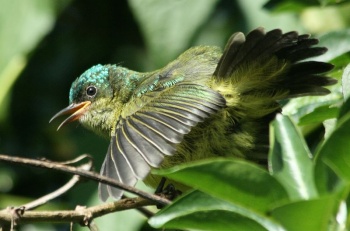 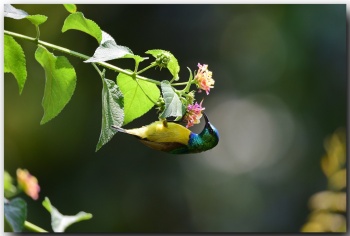 Nine subspecies are recognised, based on variation in plumage coloration[1]

Usually in pairs that remain territorial year-round. Highly active; can be inquisitive and confiding, but soon darts off.

Flight is rapid and direct (rather than the jinking flight typical of most Sunbirds).

Joins mixed-bird feeding parties. Food includes insects, spiders, snails, nectar, and juices of fruits; more insectivorous than most other Sunbirds. Known to split open corolla tubes that are too long for it short bill, so that it can access nectar.

Search for photos of Collared Sunbird in the gallery